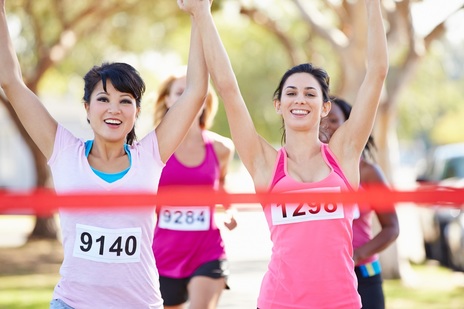 There seems to be a significant amount of overlap between microscopic colitis and celiac disease.

In a limited study in Australia, it was found that out of 10 people who had been diagnosed with collagenous colitis and who had small intestinal biopsies, celiac disease was found in 4 of the 10 patients, which is a very high correlation.1  At the time of the study, the prevalence of celiac disease in Australia was considered to be 1 in 3,000.  People with these diseases seem to share a set of predisposing HLA-DQ genes that may account for the overlap of celiac sprue and microscopic colitis.2  Microscopic colitis patients frequently have mild to moderate inflammation of the small intestine.  In some cases this is accompanied by partial or subtotal villus atrophy, which is a marker of celiac disease.

Further studies are needed to establish scientific proof of whether or not this pathological damage is caused by dietary gluten, but the epidemiological evidence certainly suggests that gluten, and possibly certain other proteins in the diet, may be the source of inflammatory agents that result in the perpetuation of the damage observed in the small intestine of many MC patients.  It’s unclear how much overlap exists between celiac disease and MC, but random studies of patients with lymphocytic colitis have shown that at least 10 % of them had significant damage to the  villi of the small intestine, even though they did not qualify for a diagnosis of  celiac disease by the classic celiac diagnostic criteria.3

A normal digestive system makes certain characteristic sounds when working properly.  This normal digestive sound is known as  borborygmus.  The sound originates in the stomach or upper section of the small intestine as muscles contract to move  chyme (a mixture of partially-digested food and digestive juices) down the gastrointestinal tract.  The resulting vibrations serve to help shake loose particles of chyme that might otherwise adhere to stomach or intestinal walls.  With microscopic colitis however, these noises are commonly amplified to a level where they can be easily heard by someone on the other side of a large room.  The patient has no control over the noise, and most people who experience it tend to become rather self-conscious about it when in public places.  Anyone who is well acquainted with the disease recognizes that sound almost immediately, and associates it with MC.

Neurological symptoms are present in some cases of MC.

After diarrhea, the second-most prominent symptom of MC for many patients is fatigue.  Many people who have MC find that even with light activity levels they are almost totally exhausted at the end of the day, and fatigue is an almost constant companion.  Additionally, for many patients with MC, severe joint pain and sometimes muscle pain can reach levels where normal activity can be significantly hindered.   Arthritis-like symptoms can be present  in knee and hip joints and stiffness and pain in the neck, upper back, and lower back area can be quite severe.  Many patients report feeling as though they have a severe case of the flu or food poisoning.

Some MC symptoms may lead to a diagnosis of other autoimmune diseases.

It’s not uncommon for people with MC to develop issues that are sometimes misdiagnosed as various  autoimmune diseases.  Temporomandibular joint disorder (TMJ) for example, is often reported, and it appears that this symptom may be associated with gluten sensitivity.  After all traces of gluten have been withdrawn from the diet of someone with MC, and the GI symptoms have been resolved, TMJ symptoms will typically disappear as well.  The fatigue associated with MC has in some cases resulted in a diagnosis of chronic fatigue syndrome.

Research based on 50 patients who had Hashimoto's thyroiditis revealed that 40 % of them had the diagnostic markers for lymphocytic colitis, but only one of them actually had the clinical symptoms of LC.5  This suggests that LC is not only closely connected with thyroid disease, but it can be present without causing typical symptoms for long periods of time before the disease becomes fully active.  In fact, an informal poll among the members of the discussion and support board associated with this website shows that people who have MC may be roughly 7 times as likely to have thyroid problems as someone in the general population.6

Because there appears to be a rather high correlation between MC and thyroid disorders, thyroid disease can cause additional symptoms to appear, and this can lead to the development of additional autoimmune syndromes, such as  chronic fatigue syndrome,  systemic lupus erythematosus (SLE),  Sjögren's syndrome, and  Raynaud's phenomenon.  Often, the symptoms associated with these additional autoimmune issues will diminish, and in some cases completely disappear, after the inflammation that is associated with  microscopic colitis is controlled.

Acid Reflux or GERD is commonly associated with MC.

The digestive issues that range from incomplete to poor digestion caused by the inflammation connected with MC and other IBDs often result in the development of acid reflux or GERD.  Many physicians prescribe a PPI to treat this problem, but unfortunately not only are PPIs known to trigger MC, but they are known to lead to the development of numerous other health issues as well.  For tips on controlling acid reflux without the use of drugs, and ways to wean off a PPI while avoiding the acid rebound effect caused by ending a PPI treatment program, please refer to the download link titled "Download tips for controlling GERD without the use of drugs" on the Downloads page.
1. Armes, J., Gee, D. C., Macrae, F. A., Schroeder, W., & Bhathal, P. S. (1992). Collagenous colitis: Jejunal and colorectal pathology. Journal of Clinical Pathology, 45(1), 784–787. http://www.ncbi.nlm.nih.gov/pmc/articles/PMC495104/

Most of the information in this section is taken from, or based on, chapter 1 of the book Microscopic Colitis, by Wayne Persky.