How will this disease affect my lifestyle? 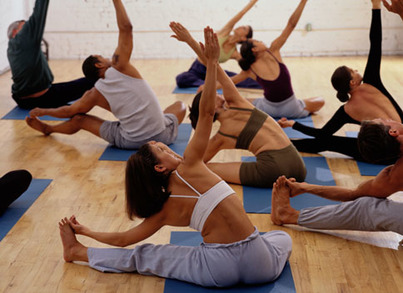 Although microscopic colitis is considered by the medical community to be a "benign" disease (meaning that it does not normally lead to a fatal outcome), it is in fact a very complex disease with life-altering consequences.  Controlling the symptoms of the disease is by no means easy, but it is doable, with or without medical intervention.  Living with the disease is somewhat like trying to get all of one's ducks in a row at the same time, and keeping them in line at all times. If even one of them gets out of line, it will almost surely result in symptoms.

It’s interesting to note that based on the diverse backgrounds of all of the members of the discussion board associated with this site, MC patients do not appear to represent a typical cross-section of the general population.  Instead, the demographics suggest that the disease may tend to target perfectionists, overachievers, and those who describe themselves as “control freaks”.  What does this imply? It suggests that certain personality traits may be a primary reason why stress appears to be a dominant factor in the development of the disease.

The disease can cause debilitating symptoms that not only include at least partial loss of control of certain body functions, but it often causes extreme fatigue, widespread aches and pains, and impaired memory and cognitive function (often referred to as brain fog).  Obviously this causes an unacceptable situation for someone who is defined by the personality traits mentioned above.  It shouldn't come as a surprise that the loss of control over so many aspects of one's life (affecting both work and play schedules) is bound to amplify existing stress levels and possibly cause depression symptoms.

Initially, almost everyone tries to maintain their current lifestyle, because they assume that the disease will promptly respond to treatment; and their life will soon return to normal.  But eventually most patients recognize that they simply can't continue to maintain their existing schedules.  Sooner or later it becomes obvious that concessions to the disease must be made and schedules must be trimmed.  So much energy is required to fight the inflammation associated with the disease that additional time must be set aside for resting, not only to allow for the recovery of energy, but to also allow time for healing of the inflammation-damaged tissues.  It helps to just take life a day at a time during the recovery phase.  It's not necessary to stop doing everything, but coping with the disease and healing is a lot easier at a more relaxed pace, rather than trying to maintain the demanding schedule most patients have set for themselves prior to the onset of the disease.

In other words, it becomes easier to control the disease if one learns to be an underachiever, and avoids the goal of perfection in everything attempted, at least during the recovery stage.  Controlling only the parts of one's life that are controllable (or meant to be controlled), and letting go of the parts that cannot be controlled, or the parts that are not practical to try to control will go a long way toward reducing stress levels, resulting in a greatly improved healing environment.

Recovery can be a roller-coaster ride with frequent setbacks, and above all, healing takes time.  Doing it right will shorten the recovery time and instill good habits that can be used to shorten recovery times in the event of future flares.  And during recovery it helps to focus on the things that can again be enjoyed after the disease is under control, rather than to focus on the things that cannot be enjoyed because of the restrictions that are necessary during recovery.

Microscopic colitis changes the rules of the game of life. That doesn't mean that it should be allowed to completely control one's life, but it does mean that the disease has to be accepted and respected.  So it becomes necessary to eschew perfection and tip-toe around stress because they are implicated as common triggers for the disease. But when one's stress load is reduced to a tolerable level, and a suitable treatment program is allowed sufficient time to work, the symptoms of the disease begin to fade, and they can be controlled and prevented in the future by similar methods.

Early on it can be very difficult to accept and respect the disease because the most natural response is to despise it, and that emotion is obviously incongruent with the term "respect".  And it's also necessary to develop a plan for reorganizing one's lifestyle to incorporate the disease.  Once diagnosed, the disease becomes a permanent part of life.  Developing a reorganization plan doesn't have to be done immediately of course, because it will tend to come naturally as healing progresses and good health returns.

But worrying about all that early on, and worrying about not being able to participate in certain social events is counterproductive, and can only increase one's stress level.  And more stress is the last thing anyone needs, because stress is the culprit that strikes the match that lights the fire that ignites the inflammation in the gut in the first place, to initiate the cascade of events that leads to the development of microscopic colitis.

It's necessary to focus on realistic options — not on options that are no longer available (or temporarily unavailable).  And likewise, it's necessary to focus on safe foods that are nourishing and healing, not on the foods that are now toxic and no longer safe to eat. Research shows that the genes that predispose to these food sensitivities are often triggered when the genes that predispose to MC are triggered, and this is the reason why foods that were once safe to eat have suddenly become toxic.

This creates a major dilemma, somewhat similar to moving to a different country (or even to a different planet).  One's past life suddenly becomes out of reach, and a new lifestyle must be developed under new rules.  But the good news is that while it's human nature to automatically dread change (especially forced change), surprisingly, many MC patients discover that they are able to eventually reach a point where they are much happier than they were in the past.  And they appreciate life even more than they did in the past.  That concept may be difficult to understand soon after diagnosis, but the human body is very adaptable and it quickly learns to appreciate a new lifestyle.

As a philosophical member of the discussion board has wisely pointed out, it's necessary to embrace the disease because it is now an integral part of life, for better or for worse.  Accepting the disease and coming to terms with it are essential to learning how to control the disease and regaining good health.  There is definitely life after MC, and that life is as enjoyable as one chooses to make it.