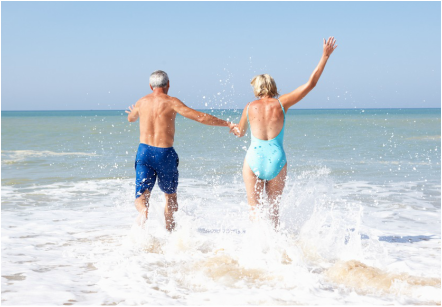 Collagenous colitis (CC) was first medically described in 1976.  It was described as a disease characterized by chronic  watery diarrhea of unknown origin, but other than diarrhea, few other clinical symptoms were mentioned in the original description.  Lymphocytic colitis (LC) was described about 5 years later.  LC was originally known as microscopic colitis (MC), but these days, most GI specialists seem to refer to either CC or LC as microscopic colitis.  Though different criteria are used to diagnose these two forms of the disease, the clinical symptoms of both are virtually identical, and the treatment is the same.

Those who have either form of the disease recognize that symptoms that can vary from gastrointestinal to various other physical symptoms, to even include  neurological symptoms, in some cases.  In fact, the disease can indirectly affect virtually every organ in the body, and similar to Crohn’s disease, it can directly affect every part of the gastrointestinal tract, from mouth to anus.  As with many diseases, all patients do not experience all possible symptoms.  Some, in fact, have a very limited set of symptoms but except in asymptomatic cases, some form of altered bowel behavior, is virtually always a prominent symptom.

Diarrhea is the most common symptom.

With microscopic colitis, diarrhea can range from mild to severe, from stools that are slightly softer than normal to mostly water.  The frequency of bowel movements can range from a few per day, up to as many as 40 or 50 per day in the most severe cases.  This high-volume type of diarrhea is known as  secretory diarrhea, and its primary distinguishing features are its high volume and watery consistency.  Secretory diarrhea occurs when the fecal stream contains higher than normal amounts of electrolytes, especially sodium, which tends to interfere with the ability of the intestines to perform normal absorption tasks.

Normally during the digestive process, the  small intestine infuses water into the  lumen (the interior volume of the intestine) to aid digestion, but this additional water is recovered and recycled before it reaches the colon.  If diarrhea is present however, there is a net gain in the volume of the water exiting the small intestine, resulting in diarrhea.  When digestion is proceeding normally, the  colon recovers water and  electrolytes from the fecal stream in the lumen (the interior volume of the intestine).  With secretory diarrhea however, electrolytes and additional water are infused into the interior of the colon instead, resulting in an unusually high volume of effluent, and often resulting in many bowel movements per day.  And the urgency of bowel movements is often so severe that many patients are afraid to stray very far from a bathroom because of the risk of having an "accident".  We can become prisoners in our own home, because of the disease.

Diarrhea is not always present.

With secretory diarrhea, a dangerous state of  dehydration can develop rather quickly, due to the rapid loss of water and electrolytes.  While fasting can certainly slow down osmotic diarrhea, it is usually not effective at stopping secretory diarrhea because the process can be self-perpetuating as long as electrolytes and water remain available for infusion into the colon.

Many other symptoms are commonly experienced in most cases.

Symptoms can include (but are not limited to)  abdominal cramps and other  abdominal aches and pains,  joint aches and pains,  muscle aches and pains,  leg cramps,  foot cramps,  headaches,  migraines,  stiff joints,  stiff neck, neck pain, and  back pain.   In addition, many victims of the disease suffer from issues such as  thrush, recurring  mouth sores,  swollen lymph nodes, and various  skin problems such as  eczema,  rash,  boils, and  hives.  These skin abnormalities can occur virtually anywhere on the exterior of the body, including the scalp.

Nausea, sometimes leading to vomiting, is common for many MC patients.

This can be a common problem for some people with MC, while others rarely or never report having these symptoms.  The prevalence of nausea associated with MC has not been researched in detail, but anecdotal evidence suggests that as many as approximately a third of MC patients may have occasional or frequent nausea episodes, that may lead to vomiting.  For some patients, it appears that the problem may be due to  gastroparesis (incomplete or slow emptying of the stomach contents), suggesting possible  stomach involvement with the inflammation-based syndrome that causes MC.

The disease can make some victims feel as though they have a severe case of the flu that never seems to run its course, or one that repeatedly relapses.  Symptoms can be constant, or they can wax and wane.  Symptoms vary widely among patients and everyone seems to have her or his own particular pattern of clinical symptoms.  Some patients experience only the classic symptom by which the disease is most commonly known — watery diarrhea.
Most of the information in this section is taken from, or based on, chapter 1 of the book Microscopic Colitis, by Wayne Persky.